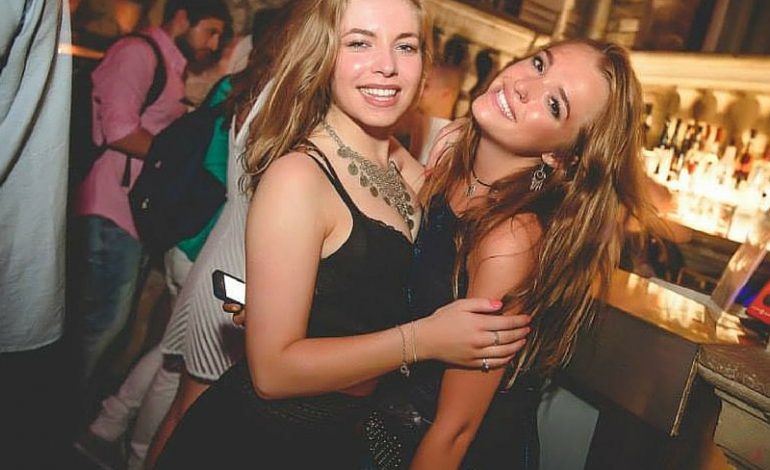 How do I navigate around the city? Where is all the action taking place? What are some good locations? Stay seated as this introduction will fill you in but good.

[miptheme_dropcap style=”normal” color=”#222222″ background=””]N[/miptheme_dropcap]o, not really, Ezra. My nightlife in Budapest comes way closer. And nightlife options in Budapest there are, let me tell you. In this article I will give you the basics on how to best appoach Budapest nightlife. As a side note I take it that you have already picked the right time to visit Budapest so that now we can get right to the nitty-gritty.

First, I will give you a walking tour around the Budapest epicenter in terms of nightlife, Budapest’s Jewish Quarter. Once you got the whereabouts of the area burnt into your membrane you will be immune against getting lost in the labyrinth of small side streets even if you were staggering around the area at nighttime.

Then we will have a look at the three hottest nightlife locations within the Jewish Quarter. I will breake these down for you by my very own metrics of flirt factor and price level.

Where is nightlife in budapest located?

Nightlife in Budapest is not so much spread out over the city, but concentrated in just one part of town, the Jewish Quarter. The Jewish Quarter is an area that, roughly speaking, stretches from Rakóczi út (Rakoczi Road) in the West to mile-long Király útca (Király Street) in the East.

All in all it is safe to say that over 90% of all nightlife venues in Budapest are located in the Jewish Quarter. Have a look at the map below that gives you the route to a 40-minute “nightlife walking tour” around the area. Let me now take you by the hand and walk you through this lovely part of town so you won’t get lost once you are prowling around the same area by night.

The tour starts off at Deák Ferenc tér (Deak Ferenc Square) and then goes up Kiraly Street all the way up to house number 66. After making a turn to the right we are on Elisabeth Road (Erzsébet Körút), one of the main inner-city roads that runs in a circle around downtown Budapest. Another turn to the right gets us to Rakoczi Street (Rakózci útca).

Lastly, we are making another turn to the right, namely into Sip Street and then Sebastian Rumbach Street (Hung.: Rumbach Sebestyén útca; in Hungarian the last name always comes first). Walking along these two streets will lead us right back to Király.

Even though it is the geographical heart of Budapest’s nightlife, Király is not home to the majority of actual nightclubs with dance floors. These are to be found in the side streets I mentioned earlier. Streets like Akácfa útca, Kazcinsky útca, Nagymezö útca or Liszt Ferenc tér are where the most renowned venues are found. For one thing, Király acts like more an intersection to its busy side streets.

As if Király was aware of its role as a runway for the “actual” nightlife streets it starts and ends with two 7/11-like shops that will guarantee your supply of drinks, tobacco and snacks for the night. Note that alcohol in Budapest must not be sold after 22.00. Public drinking and public intoxication, however, are allowed, if not endorsed.

The one nightlife venue on Király worth mentioning is Kuplung, the one of the founding fathers of open-air ruin pubs in Budapest. “Kuplung” being a word borrowed from German where Kupplung means clutch, this former car shop was turned into one of Budapest’s first ruin pubs. In the business for a long time now Kuplung is anything but a “hidden gem” as other guides might like to tell their readers. It is a well-known and well-frequented place that emphasizes art as there are small-time concerts and vernissages held regularly.

I personally found the place a bit too washed-out and touristy, but it may be a good starting point for anyone who is new to Király or ruin pubs in general. Drinks are relatively cheap, food not so much anymore.

At the north end of Kiraly we come by a famous pizza joint that is slow duringthe day, but has a line stretching around the block once it gets dark.

Crossing the corner to the right we turn into Elisabeth Road.  If you ever wondered where all of the upper-class hotels in Budapest are located then you are now standing on front of them. Walking down Erzsébet Körút will take you past the Corinthia Hotel (single room from 289€/night) as well as the even more prestigious Boscolo Hotel (single room from 188€/night if you book way in advance).

A second turn to the right takes us into 4-lane Rakoczi Street that has a special reputation among locals. If Budapest was Detroit then Rakoczi Street would be its 8 mile as the street divides the city into the popular Western part and the crime-ridden Eastern part of Joseph Town (Józsefváros).

Getting a peak of the action

Once on Rakoczi Street we have two options. We can either:

Sneaking into the side streets of the Jewish Quarter I will introduce 3 nightlife venues that you are will be hearing about day in and out when in Budapest. Here they come.

The first time I ever came across Doboz was during the first time I ever went to Budapest. Actually, it was during the first 30 minutes I ever spent in Budapest as the Airbnb apartment I rented was located right across the street from Doboz. This being said, I was not amused. Why? Because from the outside Doboz’s facade consists of about 20 windows with every single one of them illuminated by neon red light and lamps in the shape of hearts. Needless to say that my first impression was that I had booked myself a place across a goddamn whorehouse. The african club promoters luring out front of Doboz wearing concierge-like uniforms didn’t help much, either.

Nonetheless, Doboz actually is a cool place. Labelling itself as a ruin bar on their website is a little bit jumping on other venues’ bangwagon as Doboz actually is a courtyard. Imagine a whole housing block turned discotheque with the actual courtyard being the dancefloor and the rooms/apartments on first and second floor acting as lounges and bars. Does it get any better? Doboz play charts and the crowd they attract is young. The pictures you can see on their homepage actually show the more mature part of the crowd as there is a good deal of real youngster 18-21 swirring around. Flirt factor is super high as Doboz is not artsy and not (too) trashy either. They are in for the long-haul as they run until 6 in the morning on every day of the week.

Making a right into Kaczynski Street (Kaczynski útca) we get to the home to world-famous ruin bar Szimpla Kert. Calling Szimpla Kert “world-famous” already implies what kind of crowd is frequenting this huge and well-established location. Namely, each and every backpacker from Wombat Hostel and the likes makes the beeline right into Kaczynski útca – Szimpla Kert is world-famous with foreigners, not with Hungarians. It is not really popular with locals. If partying with a predominantly Western crowd is your thing then by all means do you have to make the place your second living room for your time in Budapest. Nowhere else will you find as many English speakers in an environment that virtually calls for easy socializing. On the other hand, if mingling with drunk Australians or people on their first Easy Jet-trip abroad is not for you then you can give Szimpla Kert the same pass that you can give the Buda-side of the Danube. You won’t miss out.

Gozsdu Udvar is special. It is not a single location, but a whole range of interconnected courtyards that are filled up to the roof with bars and restaurants. A total of six courtyards bring to together more than 33 different bars, shops, stores, restaurants, hotels, apartments a kindergarten and even a spa so that Goszdu Udvar is not only a nightlife location, but almost a small city within the city. If you decide to book a place not with Airbnb, but with Gozsdu Court Apartments or the All 4u Aparthotel then you can even lodge right above all the action that is taking place on ground floor.

During the day Gozsdu Udvar is almost deserted with relatively few people going there for lunch or coffee. Apart from people window shopping the several hipster shops — one of them aptly named after Western Europes up and coming hipster location No 1, Berlin — there really are not much people around. But make no mistake that once it gets dark the place will be brimming with people on every single day of the week and always until 6 in the morning. Mostly people will go there in cliques or as couples so the flirt factor is slightly lower. But that doesn’t make Gozsdu Udvar any less than one of the most diverse nightlife locations in the whole of Budapest.

Walking tour from Doboz to Szimpla Kert to Gozsdu Udvar on google maps:

Even if you are lazy with the attention span of a tanktop-wearing fattie infront of the counter in cupcake shop then there still is some good news: you do not have to take the nightlife walking tour in order to get an idea about where Budapest’s nightlife is taking off.

The Jewish Quarter is so packed with nightlife venues that all you have to do is basically enter the area. You can enter the first venue on Kiraly that is appealing to you and then just hop on to the next one once you lose interest. This method has proven to be successful for any first-time visitor of Budapest.

If you liked this article then you will love The Ultimate Budapest, my Budapest Travel Guide for Men.

On over 100 pages will you learn even more tips on Budapest’s nightlife that all stem from my personal experience in the city and that you won’t find in the Lonely Planet or on Wikipedia. Apart from tons of other travel tips The Ultimate Budapest will give life-saving advice on:

Get your copy of The Ultimate Budapest by clicking here.