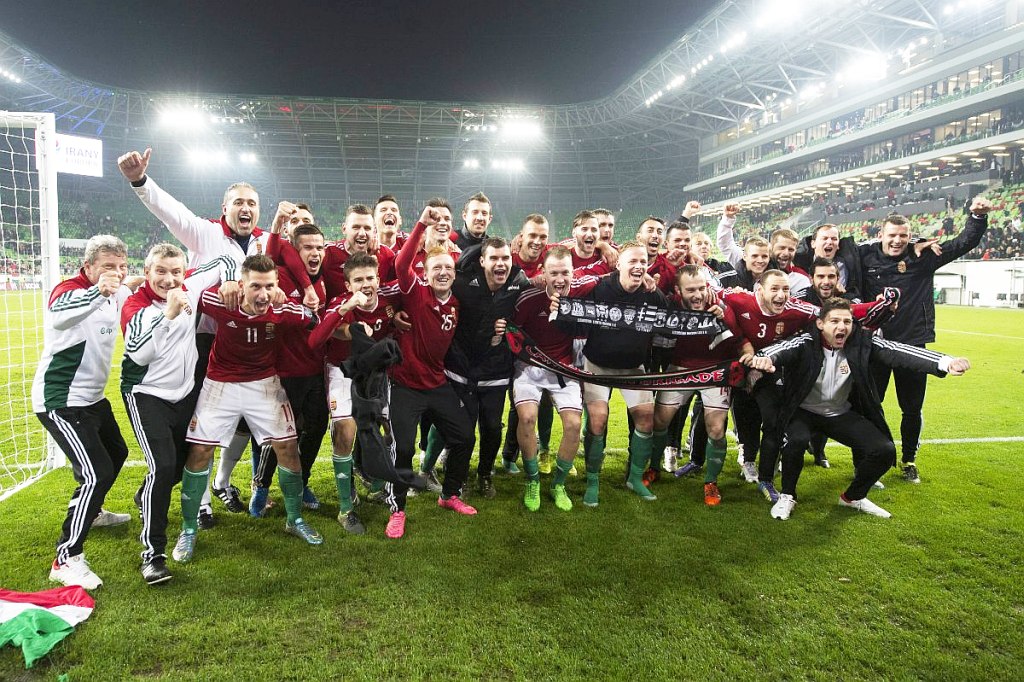 There is one team in the EURO 2016 that shows all signs of disrupting the game. We are telling you who might just land the surprise stunt of the year.

THE QUARTER FINALS BEGIN | The group stages of EURO 2016 are officially over which means two things: For one, the most fun part of any major football tournament is finished. It is the time for honest and heated, elimination games from now on.

Most importantly, and some of you might not even have realized it, but we have already seen a miracle in group F: The absolute outsider of the competetion, Hungary, has won that quartet. This should be reason enough for us to look into this small country that has been off the world’s football map for decades, while they are now living their wildest dream, wishing it would never end: Hungary. 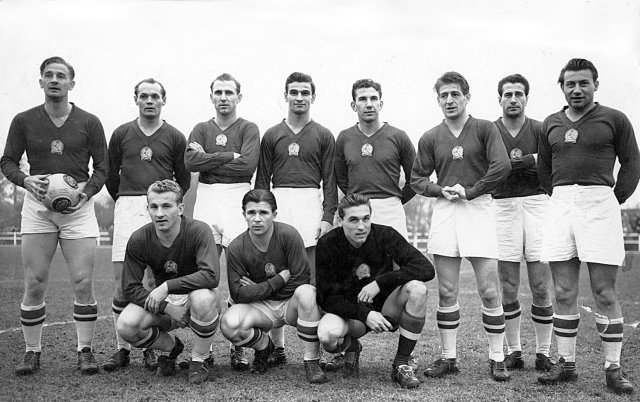 At this point I have to admit it is easy to conclude Hungary is going to overachieve as it has already happened. And to be brutally honest, even at my drunkest, I did not expect my home nation to produce anything remotely to what they have achieved. Where did all this come from, and where will it take the nation that was once called ’The Mighty Magyars’?

After the soul-crushing ending to the team’s 2014 World Cup qualifcations, including a 3-0 loss to nemesis Romania and an 8-1 trashing in Amsterdam, the Hungarian Football Association decided to appoint to best possible person for the job of the National coach – which basically meant someone from a different football culture. For some inane reason they then had second thoughts and did the exact opposite. They hired the speech-impaired, but loveable doofus Attila Pintér to be their head coach. Pintér has had relative success before, winning the Hungarian League and Cup twice, but even anyone who had graduated from elemantary school knew it was a horrible decision.

Pintér is kind of like your dim brother, whom you never really introduce to anyone. As his first ‘contribution’ to the history of Hungarian football, he managed to ignite a nation-wide massive facepalm when the team lost their first qualifier at home against Northern Ireland 2-1, in a truly abysmal and hopeless performance.

Due to overwhelming supporter pressure, Pintér was promptly sacked. And then the magic began. The Hungarian football association appointed Pál Dárdai, the young coach and club legend of Berlin‘s Hertha BSC for the job.

During his short stint with the National team Dárdai brought a fresh, new kind of passion and discipline to the team, completely unmatched by his predecessors for decades. With Dárdai the phoenix started to rise. When he left, his previous mentor and Hungary’s Director of Football, German gentleman Bernd Storck took over, and from there on the magic started to develop even further.

A German Gentleman Leading the Hungarian Team to Glory 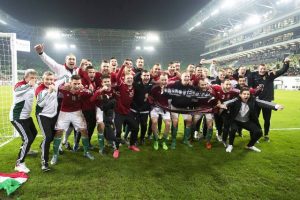 Storck followed Dárdai’s path and reorganised the entire way the team played. This reorganisation eventually culminated in a glorious victory over Norway. His secret? Beside handling the expectations magnificently, he found a way to best exploit the strenghts and cover up the weaknesses of a team at the same time.

Storck was able to apply that strategy to a team that had a brilliant mixture of seasoned veterans and young guns in the starting eleven, but was very very far from world-class football. He put his trust in stalwart Zoltán Gera (midfield) and Roland Juhász (defense) as well as tracksuit-afficionado goalkeeper, the 40-year-old Gábor Király. All the while throwing young guns like Zoltán Stieber and forgotten talent László Kleinheisler to the deep water, giving them roles they could excel in.

But how did it all work out? Before the arrival of the two Messiahs Dárdai and Stock, this team had no retainable features to rely on. Herr Storck had the ability to work out the perfect plan for this year’s Euro Cup by his obsession with the game alone, and he conveyed his extremely deep knowledge of the upcoming opponents to his boys. During the two playoff games and the three group matches Hungary kept playing with a different style every single time, always adapting to the actual team they faced.

Against Austria, it was deep defending with the midfield choking their counterparts, supported by quick turnovers when there was enough room for the forwards to stretch out on. Against Iceland, knowing they somehow have to lure the Nords out from their defensive shell, Hungary played a quick-moving posession game, at points reminding us of title-holders Spain. Against slumping Portugal, we saw them forming a thick wall in front of their penalty box. Tthey were waiting for a chance to stretch out the field and play down the sides, while power forward Ádám Szalai forces out passing/crossing channels down the centre. As we know by now – it worked.

What’s next? Belgium does not seem to be as strong a contender as people make them out to be. And since Hungary by now knows very well how too punch way above their weight facing the Belgians hould in no way mean the end to their dream. Mark Wilmots is forcing his team to play a system that does not really suit the team, and against Storck’s tactical prowess and the team’s enormous will-power that plan might come back to bite him eventually. For fans of Hungary it is already more than they could have ever dreamt of, and they are all just wishing ’the night to never end’.