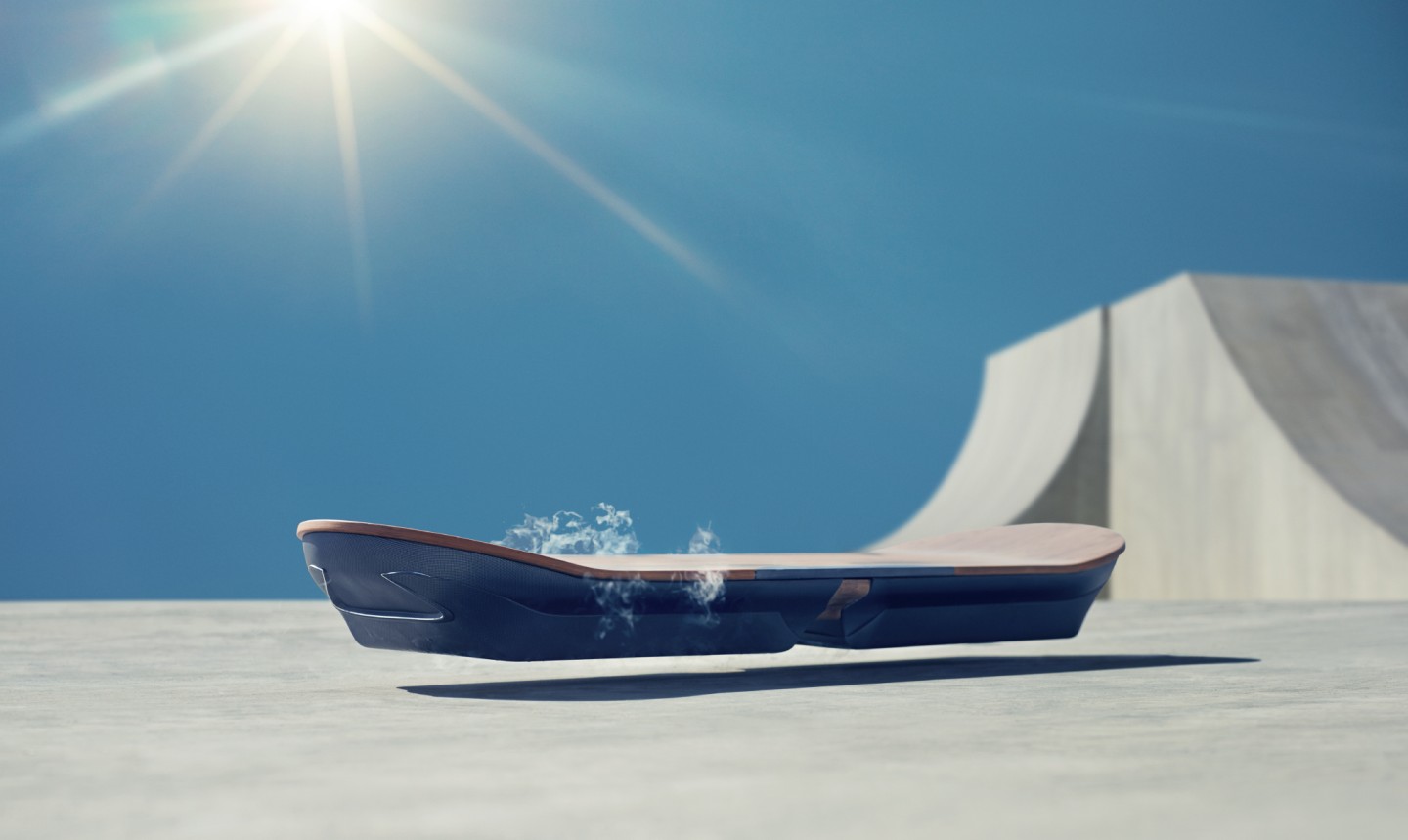 The Hoverboard In Real Life

October 21st, 2015 was the official date of the hoverboard. If you were prone to believe what you were told by Back To The Future II, that is.

Remember that scene in Back To The Future II where Michal J. Fox’ character steps into Main Street, Hill valley in the year 2015? Mumbling “the future” good ole Marty McFly stumbled his way into a futuristic scenario that featured flying cars, holographs (Jaws) as well as — the hoverboard.

What for the hit movie of 1985 had to be administered with a massive effort of ropes, camera cranes and even screwing a hoverboard to the shoes worn by Michael J. Fox now is an undeniable part of reality. Japanese car manufacturer Lexus has collaborated with Eastern German scientists of the university of Dresden and together they developed what could just be the first prototype of a hoverboard as you have seen it on the big screen.

Going by the unimposing name of Slide the world’s first prototype-hoverboard hovers a good 3 centimeters above ground, and that without any ropes or special effects. How is that even possible?

Behind the wow-effect of the world’s first hoverboard stands quite a bit of technical rafinesse. The main concept behind the hoverboard as developed by Lexus are magnetic superconductors that are moving along, i.e. hovering above a pre-installed track segment. In order to keep the magnetic field that provides for the actual hovering effect functional the

"McFly you bojo! Those boards don't work on water!" — well, they do. Albeit with a twist.

superconductors must be cooled with a constant supply of liquid nitrogen – the steam coming off of the hoverboard is by no means added for effect, but stems from a physical necessity.

How The Hoverboard Works

In fact, cooling the conductors down to is essential for the hoverboard to work. “The superconductors inside of the board are made of yttrium barium copper oxide, and if you bring the superconducting material to a [close] distance above the track and cool it down with liquid nitrogen [it] gets its superconducting ability (…) and is able to levitate above the track segment as along it is cold”, says Dietmar Berger, engineer at the Leibniz- Institut für Werkstoffforschung in Dresden, Germany in a video released by Lexus that explains the science behind the new hoverboard.

Once the operating temperature of a freezing -196 degrees celcius is reached, hovering is on and the board will levitate above the magnetic field as long as the superconducters are cool.

Future — In The Making

With these insights in mind we can now say that the current hoverboard still is a very limited version of a real hoverboard. The need to cool the superconducters down only allows for a limited uptime of the board while the hoverboard’s dependence on a magnetic track reminds more of a Maglev Train instead of the desired “I go wherever I want”-type of a hoverboard.

Does that mean the current status quo of an underdeveloped hoverboard allows to sweep the idea of limitless hoverboard-experience under the rug? By far not, I say. To understand why even the most limited version of a hoverboard gives reason to celebrate one just has to think of the early stages of none other than the telephone. What started out in a very limited fashion, namely with cables and a magneto that had to be started by a hand crank, now

comes completely wireless and available in any larger an liveable city on this planet.

A Matter Of Time

And if you told someone back in the 1950s that a few decades later any working class man will have access to something like the internet on something like a ‘smartphone’ his reply would simply be: “impossible”. Yet little does he know that time will prove him wrong. In that sense, why should the path of the telephone be any different than that of the up-and-coming hoverboard or vice versa?

People hovering around on boards like it was the most normal thing to do is not a matter of research, money or luck – it is a sheer matter of time. Watch the video below to get a glimpse of what could become reality sooner than you might think.

With the hoverboard now officially being a matter of time — what are you doing next Hoverboard Day?

Read Next: Magazines For Men – Best Of The Web