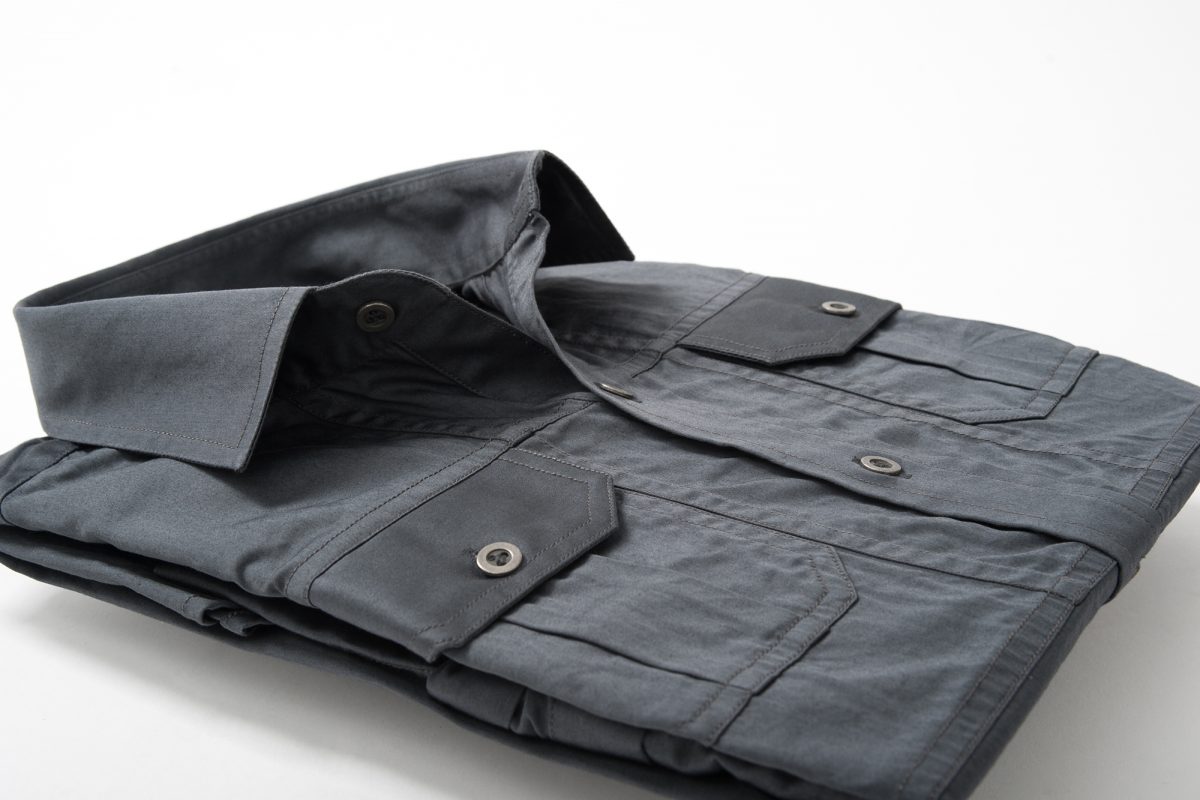 Maintaining Class in a Casual World

How do men navigate around the thin line of casualness and overdressing? Two guys from New York city solved the problem.

What is Casual Friday? Casual Friday is an invention of the 1990s. It was first in 1991 that offices all over the globe revolted against dress codes that had become all too tight-fitting. With Casual Friday came the chance for everyone, from intern to executive, to breathe deeply. There now was one day in the month where dress code was dropped altogether. That day was Casual Friday.

These days, every day seems to be Casual Friday. In the last two decades, working men all over the world have seen a decrease in dress codes second to none. And no other than the late Steve Jobs has played a major role in this silent transformation.

Why Jobs? Right after Bill Gates, it was Steve Jobs who pioneered in bringing casual clothing to the professional world. While many other CEOs in the Forbes Top 100 list stuck and will always stick to tie and jacket, Mr Jobs made a simple turtleneck sweater his trademark outfit. Products like the iPad and iPhone may well be what Mr Job’s will be remembered for forever. Bringing non-formal clothing to the professional world, however, is another, more subtle part of his legacy.

The story behind the likes of Steve Jobs, Bill Gates and the many others who dropped collar and tie for more casual outfits is told rather quickly: in a nutshell, today’s working environment heavily relies on innovation, a statement Steve Jobs would easily subscribe to: “Pretty much, Apple and Dell are the only ones in this industry making money. They make it by being Wal-Mart. We make it by innovation,” Jobs once summed up the striking role of innovation in today’s economy.

In times where dorm room innovations turn into big-scale enterprises over night formality and hierarchy, the two long-served rulers in the professional world, have become more and more dysfunctional. In order to keep creative ideas flowing, a friendly and low-threshold working atmosphere does not just come in handy—it is a prerequisite for success.

“That is exactly what made us scratch our heads,” says Tom Severini, an entrepreneur and seasoned designer from New York City. “What we asked ourselves was this: how do you maintain an aura of class in a working environment where wearing a pinstriped suit has your co-workers looking at you funny?” Tom does have a point. Even more so when you consider that dress codes are not everything. Today more than ever clothing plays a key role in expressing personality. And today’s „anything goes“-attitude does not solve the problem. It adds up to it.

Founded in 2015 Batch Men’s has drawn the attention from nearly all major news outlets in men’s fashion and design, ranging from Crate.com to Menswear.com.

This challenge in men’s clothing was one of the reason that led Tom Severini to founding the successful shirt manufacturer of Batch Men’s in 2015. Together with Geoff Argue, another seasoned designer from Manhattan and co-founder of Batch Men’s, the self-proclaimed Batchmen are eye-witnesses of the transformation in the working world. “Today’s jobs have changed tremendously from those in the past. More than ever guys must use their intelligence and creativity instead of their physical labor,” Tom explains. He also is quick to draw the consequences: “This new situation poses a great challenge for any working man. Established brands, however, saw no need to act. This left men in an uneasy situation. How do they take up on the challenge when brands simply refuse to? The one thing dearly missing was quality men’s clothing that would combine the class of formal attire with a more down-to-earth way to dress. It was here that we decided to take action.”

Maintaining Class in a Casual World

After consulting with men employed in virtually every field of business – a relatively easy thing to do in the Big Apple where two square feet in residential space are met by three square feet in office space – the Batchmen saw the proverbial light bulb popping up above their heads. For them, the right way to engage transformed working environments is through Luxtility, Batch Men’s brand new product line that combines luxury with utility.

Both in name and product, “Luxtility Shirts address the change of the modern work forces’ needs. It gives guys who don’t need to wear a traditional button up shirt a great option to take advantage of the best of both worlds. What we did was create a functional work shirt that is made with the utmost attention to fine shirt making practices,” the Batchmen introduce their latest invention.

Geoff Argue signs responsible for the luxury aspect in Luxtility Shirts: “All shirts are made out of high quality mercerized fabric that we buy directly from one of the largest cotton producers in the world. We work exclusively with a business partner who has specially trained a group of tailors to meet Batch Men’s strict requirements. For example, we apply very fine single needle stitching and all flat felled seams make for a clean finish inside and out, meticulously lining up seams on the sleeves and body.

Addressing another functionality aspect Geoff honed in on standard plastic made buttons. “They simply miss character. That is why buttons in Luxtility Shirts are mother-of-pearl or metal buttons exclusively.” He continues: “Most other shirts have plastic buttons, great for throw-away fast fashion. We believe menswear is about the details. Refined buttons are becoming a lost art and one of those key details. Why not truly enjoy the shirt you are wearing?”

With Luxtility Shirts, there is more to utility than just durability. “All shirts come with pockets that provide men with enough space to store away their flash drive, smartphone and credit card. At the same time the amount of pockets is limited and their arrangement is well thought out.” The reason behind this limitation touches upon the mere concept of Luxtility. Batchman Tom summarizes it like this: “Luxury and utility are by far not mutually exclusive. More over, it is possible to bring the two together, to combine the two spheres in just one shirt. And this is just what Luxtility stands for.”

Luxtility marks a milestone in the brief, but successful history of Batch Men’s. “From the very beginning of Batch Men’s we have had redefining menswear as our goal,” the Batchmen say, “and Luxtility Shirts bring us and our customers one step closer to that goal. We came up with a solution that no one else really cared about. Luxtility gets one pressuring problem off of men’s backs, it allows them to focus more on those things that really matter to them.”

—In today’s working world where a favorable first impression still is paramount allthewhile Casual Friday seems to be everywhere, nothing could come in more handy.

Why not look into the brandnew Luxtility series at Batchmens.com? The shirts come in a wide variety of designs and the Batchmen even throw in free worldwide shipping.