Genesis Of An Alpha Male

Ever wondered what the childhood of a womanizer looks like? Look no further as a German music video tells it all.

Us humans are a strange breed. Neither an animal, nor a god we aren’t really this, nor are we that. Within us, the war between biology and reason keeps raging on.

In a civilized world reason seems to have the upper hand. We have become gentle and deliberate. We uphold values like equality, fairness and have compassion for the weak. But there is one sphere where biology really puts its foot down. Within that sphere, reason is more harmful than beneficial. A wide range of men, from Friedrich Nietzsche to recently Michel Houellebecq, have pointed out that the mating game has very little do with fairplay or democracy. It is in our love life where us humans are as close to biology as we could possibly get.

Human Sex Life in a Nutshell: The Mountain Gorillas 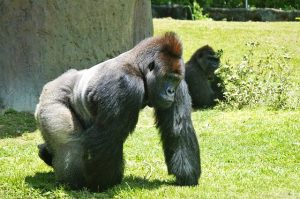 230 kilogram of testosterone. Mountain Gorillas reach up to 170m in height and an age above the 50-year mark. Photo: Pixabay

…And gorillas in Central Africa have what to do with us humans, you ask? For us humans, the sex life of the primates acts as a time machine, giving us a glimpse at the ‘state of nature’ of our own sex life. Our modern civilization has done any effort in the book to lay a thick layer of denial over the simple insight provided by the Gorillas pack. As insulting to our idea of free will as it may be, man’s sex life remains an enclave of biology in the era of reason.

Not so, you say? Very much so, say I. If this hypothesis was indeed false then our industrious engineers would have developed something to solve all problems in the mating game already. The billions of men masturbatng furiously to pornography show that this is not the case. Welcome to the jungle. Literally.

If we are still Gorillas sex-wise, then who is this sexual Ubermensch-type-of-man that sees all the action while the rest masturbates themselves into oblivion? They might be above-average in sexual terms, but even the “alpha male” still is human. This means he was born without a clue about sexuality or the mating game. As a human he became what he is now. There is a certain genesis, a certain upbringing that leads to whether one man will swim in sexual options—or whether he is doomed to marry his right hand.

Marius Müller-Westernhagen is hold as dearly by Germans as Jonny Halliday is by the French. Contrary to most other singers performing in German, Mr Westernhagen does not engage in hardrock (Rammstein, Die Toten Hosen), nor does he play “Schlager”, a sometimes semi-satirical form of German Folk Music in the style of the 1960s. 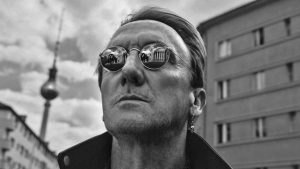 Marius Müller-Westernhagen is a true “Deutschrocker”, a Johnny Cash-like icon for the German speaking world.

In his music, his slightly rugged-out image perfectly aligns with his lyrics. It is in his singing that he really tells it like it is. Westernhagen, as he is called by fans and media alike, is no advocate of deliberation where deliberation is  unneccessary. Neither is he an advocate of political correctness. He rose to fame with songs like “Sexy” or “Dicke”, a word that precisely translates into English as “Fatties”.

Want an example? Here is a sweet verse from Willenlos (“Willingless”), a single that struck triple-platinum two weeks after it was released: Her name was Natasha \ She came from Novosibirsk \ We drank Vodka straight from the bottle \ She almost choked me to death. And yes, the whole thing rhymes in German.

More? How about the chorus of Dicke, released in 1973: Fatties sweat like pigs \ Stuffing their faces like animals \ And that is why I’m so glad I am not a fattie. Depending on your personal level of political correctness the idea that songs like these sold by the millions should have you shaking in anger by now. Either that, or it has you rolling on the floor laughing.

Back up from the floor we need to ask ourselves if someone like Müller-Westernhagen, a 40-year veteran of the business, still has something to say to a wider audience. It appears that he does. After a three year break Westernhagen released his 12th studio album “Alphatier” in 2014 where it went straight to number one of the album charts. In order to keep up with the Youtube Revolution he turned all songs on the album into one big video story where each song is interlinked with the others.

In that approach, the three songs of Alphatier (“Alpha Male”), Wahre Liebe (“True Love”) and Verzeih (“Forgive Me”) form the ‘Alphatier Trilogy’, a masterpiece in visualizing our topic, the genesis of the Alpha Male.

Anatomy Of An Alpha Male

Directed by American Matt Lambert our little social study sets off with four youngsters skipping school. With the group sipping on red wine and smoking marihuana you can tell it is not the first time they allow themselves such a break. A look into the social fabric of the group shows a 2-1-1 constellation. One boy is in a relationship with the girl, the other two are a wannabe-womanizer (“Straight up her ass dude! (…) she was screaming SO bad“) and – the alpha male of the pack.

Our alpha male is easy to make out. He is the only one not to say a word during the intro. The Wannabe character, a Stiffler-like specimen of the beta male, turns his nightly endeavours on YouPorn.com into real-life stories and manages to trigger some shock reactions with th rest of the group-except for the alpha male. He shows no reaction whatsoever. No disgust like the others, no disbelief, not even boredom as he doesn’t even roll his eyes. As if he was on higher psychological grounds he is able to see his peers as what they are. For one, he sees the boys as hindered in expressing sexual intent.

The beta males only are aware of the girl’s sexuality. They seek to access that sexuality through the backdoor, either by trying to impress her (Stiffler’s made up stories) or by entertaining her (at 3:06 you can see Stiffler and the boyfriend telling the girl a joke).

The alpha male goes straight to the core. He has already figured out that the girl is blessed with a high libido, an insight the beta males have no eye for. He virtually sees her high-libido sexuality, a trait that is splendidly visualized by the girl showing the number one indicator for high sexual energy in females: Matt lambert has her make the tongue face. And only the alpha male is able to see that face of hers.

For the viewer not in the know, it looks like betrayal. In the video the alpha male goes for a ‘taken’ girl, the girlfriend of his buddy. He gets her to give him some mouth-action, then dumps her on the spot, exposing her to the rest of the clique. In reality, there is no betrayal at all.

If anything, the alpha male shows unfiltered honesty in his approach to women. He has already seen the girl’s true colors and all he does is make full use of the options in fron of him. Because in regard to the girl it neither was the first time nor will be the last time she engaged in debauchery behind her current boyfriend’s back. The alpha male is not ‘stealing’, the girl is cheating.

What is teasing anyway? Teasing is disrespecting someone in way that goes above a certain threshold, but still is meant in a playful way. Tease a man and he will laugh, given he has a sense of humor. Most likely, however, he will only become angry. Tease a female the right way, snatching her smartphone is an all-time classic, and she will become-sexually aroused. Mild masochism is natural trait in women.

This is also the point where the girl made the conscious decision to cheat on her boyfriend. She could have ignored the alpha male, and he would have given back the phone almost immediately. Or she could have complained to others about the ‘theft’. She does neither. She willingly falls for the oldest trick in the book that has been tried on her a thousand times before. In the surface the alpha male does not play it nice. In reality He cuts the chase of chivalry, impressive behaviour or the ‘boyfriend game’. He puts the options in front of her, and she bites.

What is the genesis of such traits? Why does only one in four males develop such  qualities – 1:4 is the ratio in our video – while the rest does not?  The Alphatier video answers the question by showing the alpha male’s father, the one   person to provide the young boy with guidance and consultation, in his most striking quality: his absence.

The upper-middleclass household he lives in (you can easily tell by the top-shelf IKEA furniture in the apartment) provdes no emotional guidance at all.

The lack of guidance also underlines how much of a role biology plays in the development of alpha character traits. There are millions of boys growing up scenarios where they are entirely on their own. What 90% of the emotionally unprivileged do is to withdraw into their own nutshell: they become geeks, freaks or simply neurotic.

Biology plays such an immense role, because even having a present, alpha father is no guarantee for the son to wander in his footsteps. With Mr Donald Trump being one of the most outspoken alpha males out there today (September ’16) a simple look at his bland sons makes the point. The brutal meatgrinder of growing up with an absent father goes to the core of any young boy. With no role models in sight, the choice between neurosis and alpha male is no learned behaviour, but psychological resilience. In other words, something you were born with. Biology.

Read Next: 8 Manly Hobbies Every Man Must Try