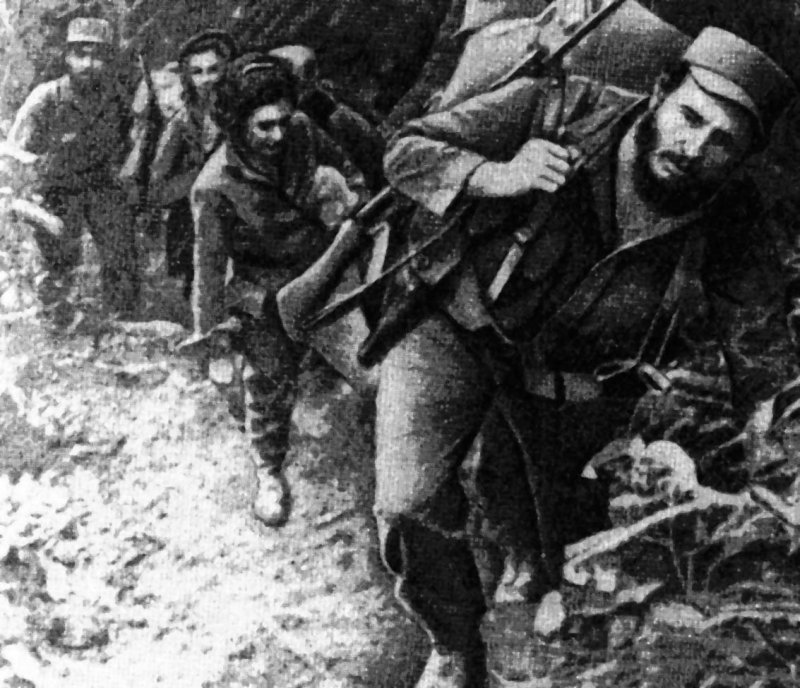 Fidel Castro in the mountains of Cuba in 1956

Spring 1956, somewhere in Mexico. 30-year-old Fidel Castro lives off the grid in Mexico’s capital, sustained by friends through a small, but well-knit network of supporters.

After a first and unsuccessful attempt to overthrow the brutal reign of US-backed dictator Fulgencio Batista on July 26, 1953 Castro had been sentenced to 2 years of imprisonment. Once released he immediately realized that his initial plan to overthrow government from within was doomed to failure. And with Cuba seeing a streak of assasinations and bombings at that time it was only logical to leave the country – and return later, with even stronger revolutionary ambitions.

And that was j exactly what Castro did. Once he collected enough money from those Cubans who were already back then residing in Florida in large numbers – a blatant irony of history as the Cuban-Americans of today think of him as an evil worse than Hitler while he refers to them as ‘gusanos’, i.e. worms – he bought the 19 meter long Grandma, a more or less run-down Yacht he used to set over to Cuba.

With a Handful Of Men Against a Regular Army

With a total of 89 fighters, among them Castro’s brother Raùl as well as Ernesto ‘Che’ Guevara and equipment consisting of mostly non-automatic rifles Castro and his guerilleros set over to the East of Cuba from Tuxpan, Mexico. In Mexico they had learned the basics of Guerilla warfare by Alberto Bayo, a Republican general of the Spanish Civil War. Bayo fled Spain and resettled in Mexico after it was ovious that the fascist Franco regime would win the civil war. 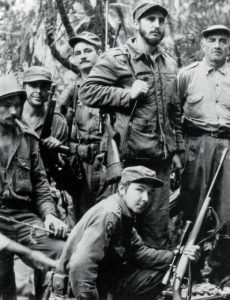 Every bit of information passed on to the men around Castro was bitterly needed. Not only was dictator Batista able to predict where the revolutionary expedition would land, thus enabling him to kill the majority of group when they hit the Cuban shore in the early morning hours of December 5, 1956. Batista’s army also engaged in a bloody war against the revolutionaries that would last for more than three years.

After hitting the Cuban beaches it was only 12 of the 89 men who made it to the Sierra Maestra, the Cuban highlands in the East of the island that should serve as the refuge for the revolutionaries.

In a second irony of history Castro rebuked the one social theory he would later on, with a rather opportunistic approach, attribute so much value to: Marxism. Unlike orthodox Marxism and its heirs have proclaimed, Castro’s success showed that:

(1) History is not a structure that forces itself onto man.

Quite to the contrary, history can be altered entirely, through planning, proactiveness and: audacity. “A little crazy is good,” Fidel Castro is quoted saying when he asked Ernesto Guevara whether he though his plan to overthrow a government of 8 million with 89 men was, in fact, crazy. Castro’s revolution also delivered a second valuable insight, namely that

(2) The Proletariat does nothing.

It is a small group of men who transcend their surroundings, and who have accepted the unalterable truth that an active life and the chance of an early death / bankruptcy form an undividable unit – it is these men who form the course of history. Be that in Cuba, in Vietnam or today in Silicone Valley. Often it is just one single man who, all by himself, sets the path for the course of history.