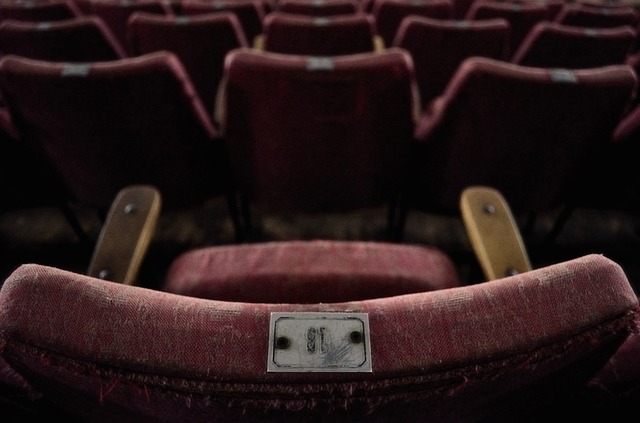 Introducing some of the most fascinating, and even slightly weird myths people of Budapest might talk to you about, given you supply them some drinks.

In our Dispatches series, we established that Budapest is a pretty sweet city for whatever activities you would be up to. So this time I’m not going to advertise local businesses, especially as I should be swimming in their money by now, but I haven’t even received so much as a phone call.

Right now we’ll dabble in some pretty awesome or sometimes eyebrow raising stories that the people of the city enjoy talking about, even challenging each other on who can exeggarate more on them. I’m not going to discriminate, all the best stories will be featured here, regardless of their position on the bullshit-meter, and at the very end I’ll tell you if it was all made up, or actually true, or somewhere in between.

1 | Cinemas Ringing Bells To Sign The End Of A Film

Let’s start with something light. As most people know very well, the first half of the twentieth century wasn’t really the time of sexual freedom in Europe (with some exceptions), and Hungary was especially rigid in that sense: even holding hands was considered public sexuality. The only problem was that young people in their cores were pretty much the same back then as they are now, that is they were not always able to hold back their love for their significant others.

So what could they do if they had no bedroom of their own or if they just wanted to experience something ’different’? They went to certain movie theatres in downtown Budapest where they could enjoy being intimate with each other. Of course, most written proof claims that it was only about being in

If those seats could talk.

each other’s arms, perhaps followed by some kissing, but we all know too well that people are capable of going the distance. Anyway, the twist here was that the owners/guards here were really benevolent towards them. What they did was ring a bell a few minutes before the film would end and the lights would come back on so that the couples could let go of each other, keeping their dignity in front of their peers.

Two of them still exist, of course on different names, and no ringing.

I love this one, having heard of it since I was a child. So, we have this very fancy, very old and very expensive high-end café in the heart of the city, called Gerbeaud. You probably have heard of it if you read any of the mainstream travel guides to Budapest. This place is really a piece of history, having been here since the 19th century, and always being the place were the well-situated, upper-class citizens of the city congregated.

And a lot of them were single, elderly ladies who were rich in assets, but left behind in affection. Sow hat they were allegedly looking for in Gerbaud were young males willing to entertain them. In all senses of the word.

Obviously you couldn’t just walk up to them offering your services since they were well-respected ladies of their social circles. Young fellas had to give a certain sign to let them know they’re interested. This could have been putting down the fork or the spoon upside-down, other people claim it was when you ordered mineral water with gas or the specialty of the house, Dobostorta, a famous Hungarian cake.

Just imagine the misunderstandings this could have caused. Legend has it that some of the ladies went to action right away since they were living very close. Aand if the young dud was doing well they were willing to pay good money for their efforts. I remember some of my classmates at school were always pondering whether they should just give it a go, luckily it never happened.

Well, nobody really knows. The waiters at the café will just give a polite smile and respond no further, which is suspicious. But nobody knows anyone who was involved with any of that so we’re clouded in mystery on that one.

3 | An African Family Shown Off In The Zoo

A former "main attraction" of the Budapest Zoo | Photo: Welovebudapest.com

The Budapest zoo is actually pretty famous. It was one of the very first to be opened in Europe in the late 19th century and had a lot of excotic stuff on display for the average citizen of the time. However, despite being a key part of the city, managemt was struggling financially towards the end of the century and had to find ways to re-energize the business. Eventually, they went the distance and imported a full family of indigenous people from Africa to show around as the main attraction.

It might sound somewhat off in 2016, but in the late 1890s most people in Hungary had never seen or heard about people with different skin tones from theirs. Be that as it may, the zoo went bankrupt for a few years before it was re-opened not long after in what still is its current set-up. With animals only, that is, as the family was let go. Their fate, however, remains uncertain.

I don’t have much else to say. A true story.

4 | Sculptor Of The Lions On Chainbridge Commits Suicide

On the Chainbridge, which in itself is an engineering marvel, you can see two sculptures of lions, protecting the bridge. They’re remarkable pieces of art and very unique as well. – Mainly because they don’t have a tongue.

It is not even something you would think of instantly, maybe not even notice (I surely haven’t), but we can understand the artist János Marschalkó’s (1818 – 1877) frustration when his butler pointed out this little mistake to him. Legend has it that he was so struck by agony that he actually killed himself, having his lions carry this heavy burden forever.

Tongue or no tongue, still glorious: Budapest's Chainbridge guarded by two lion statues on each end

He was extremely dissappointed of course, but he could live with it and kept working as a sculptor for a long time.

This one is hilarous in a way. The date is 1963 and promiscuity is nowhere to be seen in socialist Hungary. If at all then only behind closed doors, and those involved were usually foreigners. Or just very rich. Anyhow, the absolute top of tourism, the place where most Western people went if they were in the city, was the Grand Hotel Royal. It was here where one day two employees decided to hold their wedding party, thinking it would be cool to have the rich guests involved.

All went well, but the morning after, it all took a turn for the worse. One girl found a number of weird rashes on her body. The local doctor hastily came and was shocked to see that this might be in fact smallpox. He ordered to shut the hotel down immediately with nobody being allowed to enter or to leave the. Quarantine was on for three weeks before they determined it wasn’t pox, but just some allergic reaction that went away eventually.

Boy, what went on during those three weeks. While people on the outside conspired anything they could think of (Western leaders or spies captured in there, for example), the book written by György Majtényi titled K-Vonal (2009; English title: K-Train: The Ruling Elite And Luxury During Socialism) suggests there was a massive, Project-X-like party going on. Since most of the 800 people trapped inside the hotel thought they contracted a deadly virus, György Majtényi clasims they partied like it was the end of everything and, stereotypically, that included orgies as well. This was apparently confirmed by one of the waiters who claimed a number of waitresses and maids gave birth to babies 9 months after the lock-down.

If those walls could talk...Maybe it's best if they don't | Photo: egykor.hu

Nothing to add here | Photo: welovebudapest.com

Something along those lines was the name of a weird sculpture that can actually be found at the underpass of the Kálvin Tér metro station. Just look at the picture. This is a bit of a twisted legend since there’s living proof that this ’creation’ is still there. But, the point of the story is that when it was done in 1983 the country still felt the winds of communism, and all works of art had to have been approved by a panel of socialist ministry workers who decided what can be actually displayed, and what works would disgrace the state.

Legend has it that this work actually slipped by this jury, and when word got around and into the Parliament, it whipped up a huge scandal. What did they do? They just simply denied that this piece was ever made afterall so the government dodged a bullet there. They didn’t let themselves be bothered by the fact that at that time the sculpture was already there, called „The Birth of The City” (Made by Gyula Illés).

This is just simply ludicrous and obviously not true. The sculptor didn’t even deny that it depicts anything else than the female genital and the government at that time already started to realize they will have a hard time upending artistic freedom in the 1980’s. Increased some minister’s blood-pressure? Maybe. But nobody had their liberty or life threatened.

7 | The Crossword Suicide – A Waiter Kills Himself, Leaving A Crossword Puzzle As A Deathnote

Let’s have some really dark story as the last one. We’re in 1926, in a popular café downtown. Onwe day and for unknown reasons, a waiter working at the café committed suicide, without leaving any suicide note. What he did leave, however, was a crypted crossword-puzzle.

Or it could have been just one he made, nobody really knows because it wasn’t ever solved. It remains a mystery what was hidden behind that eerie incident. And it will probably remain a mystery  forever as apparently the puzzle has been lost for a long time.

The café never was the same again | Photo: erzsebetvaros.hu

It was reported in the 4th of March, 1926 issue of the Est newspaper. The waiter was called Gyula Antal, who killed himself in the EMKE café where the crossword puzzle was also found – and never solved.

Read next: The Local Music Scene Of Budapest

0770
Hungary has always been known and admired for its rich and special cuisine, even to the extent of other...