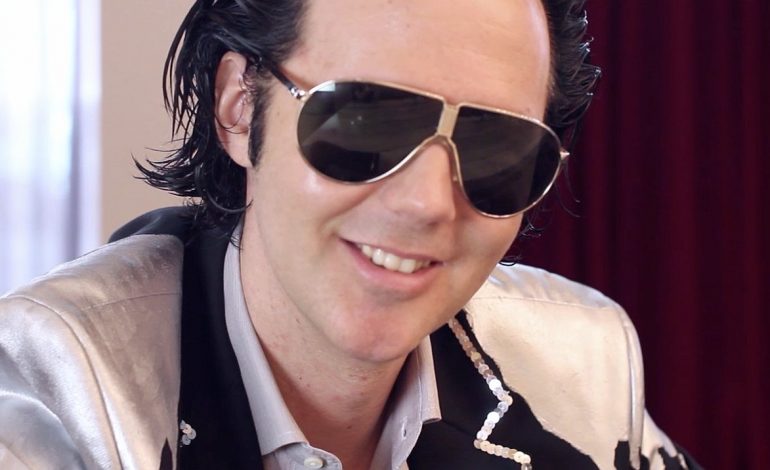 Regular TV faces competition from the internet like never before ever since the world's largest video portal grew to 1 Billion views each day.

[miptheme_dropcap style=”normal” color=”#222222″ background=””]W[/miptheme_dropcap]ith YouTube there is no more need for aspiring newcomers to go start out with demotapes or auditions. In a best-case scenario it is a sharp idea, a digital video camera and a good deal of persistence that will get the word out. Given their idea struck enough chords with the masses, YouTube, today the second largest search engine after Google, and word-of-mouth propaganda would then do the rest.

The Rise Of The Freak Show

Some have called the rise of the so called YouTube sensation, those media-makers who grew an audience over the video platform exclusively, the ultimate democratization of TV. We, however, prefer to call it the ultimate rise of the freak show. These days YouTube grants direct access to mainstream audiences even for those who in pre-YouTube times would get their ten minutes of fame only at open-mic evenings. With YouTube the same people are now filling their own (virtual) arenas, often converting their online fame into real life fame later on.

With no third-party overseeing what goes out on the air YouTube has in fact opened the floodgates for all kinds of narcicissts, weirdos and borderline-sociopaths. As there is no quality control apart from obvious illegality a YouTube channel becomes a succesful YouTube channel once it lives up to its inherent potential. In the case of YouTube this means coming up with material more stimulating than watching online pornography (mostly men) or posting ‘selfies’ on Facebook (mostly women). Two things which, believe it or not, make up for the stiffest competition media outlets in the West are facing today. Is it any wonder that the line between ingenuity and lunacy on YouTube is painfully thin?

What The Fuck Did I Just Watch?

With YouTube the concept of the freakshow went mainstream. And there is no turning back in time as drawing in the stimulus-hungry masses gets more difficult every day. Shame and dignity play lesser a role in a marketing subculture where exposure, views, is the only valid currency. And the so called YouTube sensations stand at the pinacle of said development.

But hey, since Pandora’s Box is already opened we might as well have a look at what is coming out. This article will act as the virtual Circus coming to town. Instead of charging an entrance fee and lining up the “World’s Most Shocking Abnormalities” on stage, we are presenting a virtual freak show that is not a iota less astounding.

Here are three YouTube sensations from Europe that will have you think “What the fuck is this?” at least once. Bring out the freaks. 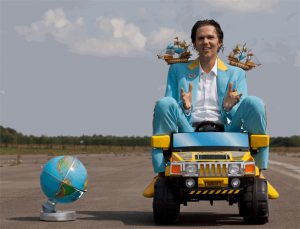 Berlin-born Alexander Marcus has gained YouTube fame with a series of self-produced music videos that make no sense whatsoever. Trademark of his videos is Mr Marcus, née Felix Reinhardt, singing bogus lyrics that deal with globes, pets or a wooden box. Additionally, an electronic beat is playing to the footage that is shot in an amateur fashion and mostly remains unedited.

Need an example? The hookline in his most famous song “Papaya”, which is about a made-up island of the same name, is in fact the word “Papaya”. The video itself shows Alexander swimming in what seems to be one of Berlin’s many lakes, all the while ad-libing the word Papaya fully out of sync and reaching for an empty bottle in the style of Cast Away’s  “Wilson”.

Fear And Loathing in Berlin

My personal guess is that Mr Marcus’s music videos attempt to visualize the effects of hallucinating drugs without resorting to outdated effects like blurring or high-pitched voices. Kind of like what Fear And Loathing In Las Vegas did as a feature film. A very reasonable guess on my part as in Berlin ecstasy and amphetamines are sold in vending machines. Either that or Mr Marcus is just out there. 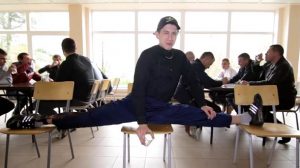 We are heading over to Eastern Europe. A class of their own, Eastern European men are well-aware about the lack of testosterone in the West. The manly men that they are they have no interest in ‘worldly’ or ‘educated’ behaviour. Any kind of politeness or chivalry they see as a threat to their manliness, and they will deal with the threat swiftly and firmly.

Another thing about Eastern European men is that they also have an eye for making some Euros on the side. Preferably from men who are weaker and hornier than them. Combine their street hustler attitude with their hands-on approach to masculinity and it is no surprise that 2013 saw the release of a video introducing the “Eastern European Men School”, Europe’s first school of manliness.

The three minute clip embraced lessons on classic manly behaviour like drunk driving and picking fights, a fact which, understandably, had the video spread like wildfire. In the video Marius Repšys, a trained theater actor in real life, played the head-coach of the fictious institution which he casually refers to as the Cool Men School.

As expected, the lessons given focus on things that really matter. Timeless advice on how to pick a fight (“always go for weaker opponents (…) like week men, small men or Woo men”) meets even more timeless advice, this time on picking up girls (“So…you like sexy intercourses?”). No doubt, the Cool Men School’s curriculum will catapult anyone into being a real man, i.e. an Eastern European man, within hours or less.

Sadly, Mr Repšys’ fame is mostly limited to the Cool Men School, a single but striking performance that will hopefully see a revival in the near future. Repšys also acted in several B-movies that were done in the Guy Ritchie-style of gangster movies. One of them was a Lithuanian production that featured English football-roughneck-turned-actor Vinnie Jones.

If you thought his stint in the Cool Men School was a little over-the-top, then you need to have a look at one of the mineral water commercials Marius Repšys also starred in.

In one commercial Mr Repšys acts as a chef in a kitchen studio. Advertising a local mineral water he yells out for 135 seconds flat, without any cuts or edits. Even for the experienced YouTube viewer the video is hard to make sense of. This is partly due to the fact that it’s in Lithuanian without subtitles, but mostly because Marius Repšys sounds like a Japanese POW guard from “To End All Wars” right before he tortures some GIs for insulting the “Tenno”. 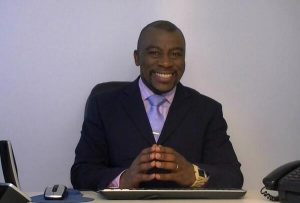 What an oxymoron as the name “Tyrone” already stands for a really big man. A big black man, to be exact.

Tyrone [last name unknown] is such a big black man. Based in London the Nigerian-born speaker, motivational coach and entrepreneur has gained reasonable YouTube fame for coining the phrase of the “Foolish Guac Bowl Merchant”, a phrase that found its trademark in the way he pronounces it: “Ful-lish gwuck bol mer-shant!”.

What In The World Is A “Guac Bowl”?

With the infamous “Guac bowl” two things come together. First, Tyrone is well-aware of the fact that hearing him talk alone is quite entertaining. Not to mention his hilarious African chuckle that comes with a grin going from ear to the other. And because he also is a business man he was quick to cash in on his naturally given assets.

On his website Tyrone offers to read aloud jokes or testimonials which he will then turn it into a custom-made video. With his massive physique, his colorful suits, a newsroom background setting and his thick African accent the videos are somewhat hard to comprehend when you first see them. It takes a while to realize they are staged, that your best friend did not bribe a Ghanaian news anchor to read out a birthday card for you.

Second, big man Tyrone’s services were once made use of by a YouTube channel titled “Can’t Stump The Trump”. Said channel deals with the quick tongue of presidential candidate Donald Trump, putting together bits in which Mr Trump verbally sticks one over the head of his competition. One of Trump’s favorite punching bags in the race for candidacy was Florida Governor Joseph “Jeb” Bush. In case the name doesn’t ring a bell, let’s just say that Jeb Bush was the only candidate to come across more dim-witted than did his older brother, former president George Walker Bush. In a very special way, this is an achievement, too.

At some point Jeb Bush, who is married to a Mexican woman, had the glorious idea to sell Guacamole bowls through his campaign’s official website (long-offline by now). An act through which Bush hoped to appear more “down-to-earth” to voters.  Naturally, questions sparked why a prospect for presidency wouldn’t list politics, but making a bitter green paste popular in Mexico as his favorite pastime. This point was when Big Man Tyrone came in.

Cringeworthy Jeb Bush first gained remarkable YouTube attention when “Can’t Stump The Trump” cut together clips showing how Donald Trump hilariously interrupted Jeb’s “My mom [101-year-old Barbara Bush] is the strongest woman I know!”-babble with: “She should be running”.

Cringeworthy Jeb Bush then gained even more YouTube attention when the Guacamole sale on his website made the news. “Can’t Stump The Trump” ordered a video with Big Man Tyrone and had him officially name Jeb Bush the “Foolish Guac Bowl Merchant”. Foolish because Bush was getting carried away by the thought that he could ever “Stump The Trump”. With the help of Tyrone’s heavy accent and cheeky chuckle the video spread wide, and the rest is (YouTube-) history.

In the end, “low-energy”-Jeb (D. Trump) got kicked out of the race faster than a photographer argueing with Eric Cantona. Big Man Tyrone’s video sales, on the other hand, went through the roof.

Read  Next: Your Childhood Heroes And Where They Are Now