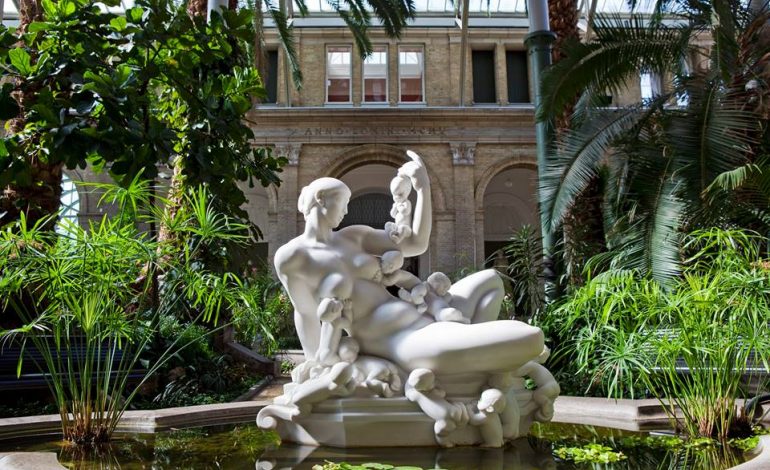 Things To Do In Copenhagen

Who would consider Copenhagen a preferable travel destination for men if one could go to Rome, Warsaw or Berlin instead?

[miptheme_dropcap style=”normal” color=”#222222″ background=””]C[/miptheme_dropcap]openhagen is quite the underrated travel destination for men, to say the least. Naturally, that doesn’t mean the city will have little to offer to the traveling man. And just this point will be our line of approach when we are having a look at the men’s edition of the Top 5 Things To Do In Copenhagen.

Copenhagen has a late start in the race. Just like most other Scandinavian cities it emphasizes a culture of equality in sex roles which will often times – as any man who has gone through a divorce will personally vouch for – give to women and take from men. In any case, that should not keep us from digging for the jewels this splendid city has to offer. And jewels there are, only you will have to plunge in a bit deeper.

5 Things To Do In Copenhagen As a Man

And this is exactly what we will be doing. Our list of the top 5 things to do in the city comes with five hand-selected venues that have nothing to do with visiting the usual advice to visit Copenhagen’s Royal Palace or to take pictures of the literally hard-as-nails lady pictured below. The top 5 things to do presented in this series are those that cater to and more first and foremost beneficial to men. This being said get ready artisans behind the counter, hot and cold towels wrapped around your face and a moment of silence in just another urban oasis.

Without further ado, here is the Men’s Edition of the Top 5 Things To Do In Copenhagen.

Things To Do In Copenhagen: Men’s Edition

A little known fact about Denmark’s capital is its rich and thriving bar scene. As soon as you look around in the city you will agree that Copenhagen’s nightlife by no means has to hide behind that of cities like London, Rome or Barcelona when it comes to high-end cocktail bars and lounges.

This abundance of quality venues puts you, the cheerished customer, into a favorable position. Naturally, you can make your pick from a seemingly endless supply of locations. So why not get a little bold and play a game?

Introducing The Battle Of The Bars we will hand-select two exclusive establishments, throw them in the arena for a fierce competition and then select our winner for the night. Let the games begin!

The Battle of The Bars: Ruby

If there was something like ‘reverse markteting’ where you build a product of such high quality that you don’t have to reach out to potential customers, but where customers will reach out to you then Ruby would be considered a master of the trade. To this day the upscale cocktail bar located in the absolute heart of the city has not invested a single kroner into advertising yet they quickly became a local authority in the nightlife scene.

And it gets even better. If you didn’t know about Ruby beforehands then there is a good chance you have already walked past if it wasn’t for their small, but inviting outside area. Why? Because there is not a single sign out front indicating that behind the apartment-like facade resides one of Copenhagen’s most popular cocktail bars. How did these Danes work pull that off?

One Word Led To Another

Here is a one-word answer: word-of-mouth promotion. It’s a widely known fact in the city that Ruby managed to rise to the top league of local bars by word-of-mouth promotion exclusively. To this day they refuse to spend any money on advertising. And frankly, they don’t really have to anymore. If that isn’t an indicator of quality then I don’t know what is.

Located inside of a residential building (the Georgian embassy is next door) Ruby combines a feel-at-home atmosphere with an upscale approach to interior design, customer service and, of course, the quality of their cocktails. Staff is attentive, professional and it doesn’t take long before you can tell that everyone in the venue is in the know about what they are doing.

2 | BATTLE OF THE BARS: THE OPPONENT

Named in reminiscence of long-gone times when having a mere drink was as punishable as grand theft auto popular cocktail bar Curfew is residing in a freshly renovated building that in earlier times served as a hangout for the local underworld, says bartender and owner Humberto Masques.

Even though he opened Curfew only in 2015 Masques is proud of the solid base of patrons his bar managed to attract in such a short period of time. Guests who frequent his venue do so because of its elegant and inviting atmosphere. “We don’t just sell cocktails”, Marques points out, “we provide an experience in luxury and comfort. Each of our recipes will include only the finest in hand-selected ingredients. And every individual cocktail is carefully crafted like an artisan would create a piece of art. Because that is how we see it. For us, serving cocktails is a form of art.”

True words as Marques had previously been engaged with other high-end venues in Copenhagen as well as in England and Scotland. Combining his enormous experience in the field with the overall friendliness in which he engages customers it is no wonder that his self-run venue by now is in full bloom.

Who wins the Battle Of The Bars?

If one wanted to get an objective third-party opinion then Ruby’s impressive word-of-mouth advertising would weigh in heavily. However, if one turned to the written word of actual people then Ruby’s up and coming competitor might just come out on top. On review websites like Tripadvisor or Yelp the venue led and operated by Mr Masques has a presence that is just as impressive as that in real life: on the internet Curfew seems to be immune against receiving any other ranking lower than 5 stars out of 5.

While most of us have probably seen wittier puns than Copencabana the place makes for a great variation to the more common things to do in Copenhagen. Located downtown right by the harbor the Copencabana – whose offical name is Havnebadet Fisketorvet (Fisketorvet harbor bath), named after the nearby shopping center – features a designated 4-row swimming pool as well as a 3m diving board. If the latter isn’t enough for you then you can just walk over to nearby Island Bryyge bath as their 5 meter ramp will even satisfy the more adventurous among the swimmers.

Together with the three other baths in the vicinity the Copencabana is part of a system of harbor baths that makes up for one of the city’s most popular attraction come summer-time.

In case the idea of swimming in a harbor bath has raised an eyebrow with you then know that Denmark’s high standards on enviromental protection allow for an above-average water quality. The city council maintains a dedicated website to give out daily updates on water quality and in case standards are not met access to the bath will be restricted.

And in case going to the Copencabana seems like seasonal advice to you then little do you know.

Copenhagen’s harbor baths happen to be well-frequented in winter as well when frisky summer swimming turns into frosty ice bathing, one of Denmark’s favorite national past-time as over 20.000 people engage in this “cool” winterly ritual.

4 | GET TREATED AT CARL’S BARBERSHOP

The only thing that will make you feel more refreshed apart from getting a professional massage is getting a fresh shave & cut. And luck has it that Copenhagen is taking part in the revival of barbershops as they are re-blossoming all across Europe.

If you are looking for the more compact version of a day at the spa then Carl’s Barber Shop is the right man for the job. Located a 10 minute taxi ride from the city center Carl’s is catering to men only in this regard has done its homework: instead of the usual suspects such as Latté Macchiato or, god forbid, lychee juice their fridge is packed with cold ones. And waiting your turn you will reach out to vintage comic books instead of high-gloss gossip magazines.

Needless to say that at Carl’s staff consists of highly trained craftsmen who know their trade well and who all have undergone a special training in Men’s Dogma, Carl’s unique approach to servicing men exclusively.

The over 1 hour-long treatment of hot towels, cold towels, massage, shaving and trimming may seem pricey at about 87€, but in fact resembles the average for barbershop-level treatment in a city that is among the most expensive in Europe.

5 | RELAX AT THE GLYPTOTEKET PALM GARDEN

As you might be able to tell from the guide on 5 Things To Do in Berlin we are in favor of urban escapes that allow for a moment of silence inmidst a busy European metropolis.

The Ny Carlsberg Glyptoteket has such an urban escape. Established in 1822 the Glyptoteket’s collection is that of Carl Jacobsen, the founder of world-famous Carlsberg beer. Exhibiting ancient as well as renaissance sculptures the museum also is home to a larger auditorium that is used for concerts reguarly.

Its specialty, however, is the picturesque Palm Garden. Conveniently served by the museum’s independently run café the silent Palm Garden allows to just sit down and forget about whatever is polluting your mind at the moment. It serves as your perfect destination if Copenhagen’s weather will let you down which is rather often than seldomly the case.

Keep in mind that the Café is located inside the Museum, meaning you feel have to enter the Museum in order to get to the Palm Garden. Now, the admission fee of 13€ for the museum may raise eyebrows the one or other eyebrow. Yet the Glyptoteket’s pricing policy is, again, on-par with Copenhagen’s above-average general price level. Apart from that is the Glyptoteket’s permanent exhibition one of he largest exhibitions of ancient and modern sculptures in the whole of Europe and well worth a visit.

Free admission is on tuesday and on all other days anyone below the age of 27 pays half.

The Top 5 Things To Do In Copenhagen - Interactive Map

Read Next: Top 5 Things To Do In Munich