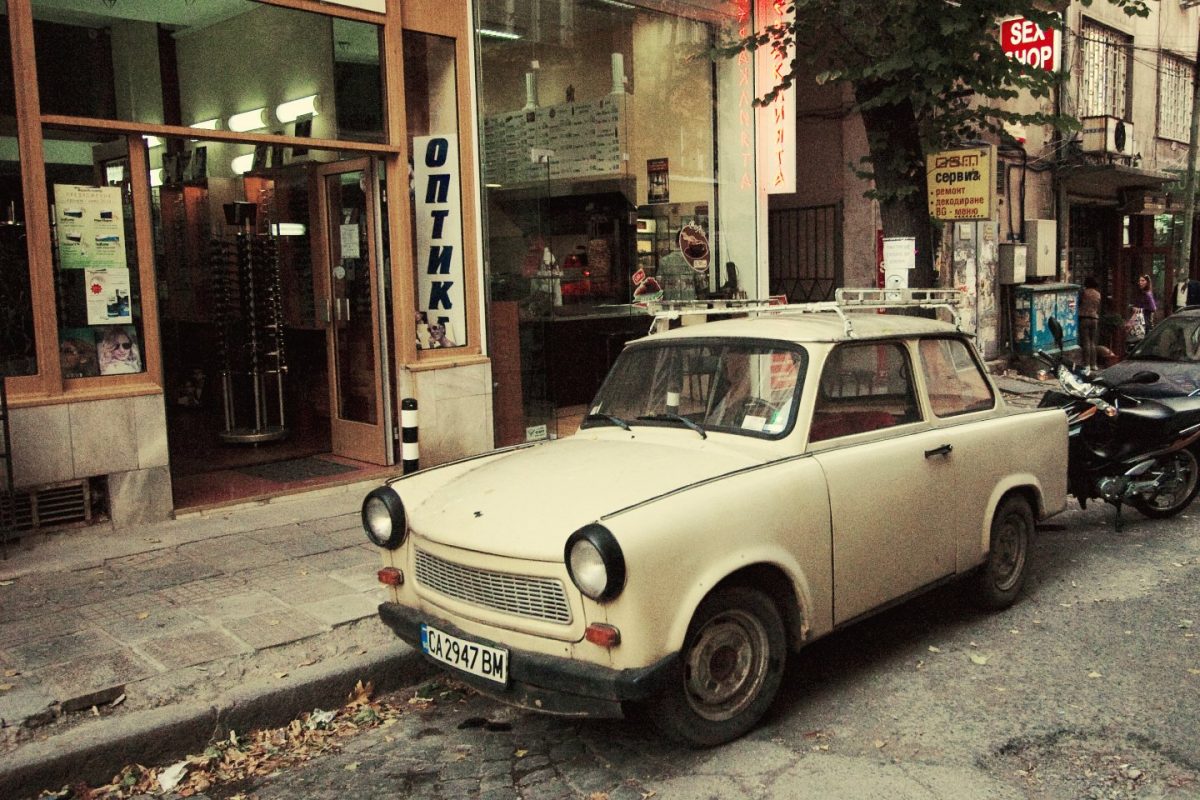 Things To Do In Sofia, Bulgaria: Men’s Edition ♔

Welcome to one of the few countries in the world where shaking your head means ‘yes’ and nodding means ‘no’. We are bringing you the men’s edition of the top 5 things to do in one of Europe’s oldest cities ever.

Bulgaria is continuing its reputation as a popular tourist destination for various types of travel and tourism. Bulgaria’s capital city of 1.2 million features an incredible mix of history and architecture which remains preserved and respected in the country: merged among Thracians, Slavs and Romans, to Ottomans and Soviets the city as well as the country can be seen as one huge blend of cultures.

Also, its location in the south-east of Europe is perfect for travelling onwards as it is close to Belgrade, Athens, Istanbul and many other main cities in Eastern Europe.

Sofia, is one the oldest capitals in Europe, founded over 2,500 years ago. It was once the capital of the Roman Empire due to its strategic importance and thereby passed to the Ottoman and Soviet Empires. It is also one of the highest capitals in Europe with a mountain range of more than 2000m that is less than 25km away, but nonetheless fully visible from the city center. These factors make Sofia an extremely enticing place to explore due to its liberal and hospitable nature, both in the physical as wellas the social sense of the term.

There is a great amount of activites for a relatively low cost available in Sofia and throughout the rest of the country. This article will look at the top things to do for travelers who want to go beyond the usual paths of sightseeing and try something different.

Getting Around
Although Sofia has an extensive Metro system, Taxis are cheap if used in the right way. Get the place you are staying at, or a restaurant etc to order one for you to prevent being charged extra. Otherwise simply download an app called TaxiMe which is highly popular in the Capital. For further distances car rental is reasonable, the same can be said for bus and train services where tickets can be purchased at the station.

1 | Get To Know The City With A Communist Walking Tour

As with most European capitals, Sofia offers a free walking tour in English which is of course worth a visit. In the case of Sofia this would be a two hour tour which starts at the Palace of Justice and includes such spectacular sights as the Saint Joseph Cathedral and the Bashi Mosque. Also covering the Mineral Water Springs and Public Bathhouses the free tour is of incredible value to any visitor as it informs and illustrates all the different cultures that have inhabited Sofia over the centuries.

Despite costing money another gem is the Communist Walking Tour. This is a 3 hour tour led by a local guide which includes landmarks such as the National Palace of Culture and the Secret Police Investigation facility. Even though Bulgarians eagerly took down all hated emblems of Communism once the Soviet-backed dictatorship collapsed in 1989 the communist era still is very apparent in regard to architecture and culture. This tour is a perfect way to find out the effect of communism on the region, why it was successful and why it eventually failed.

Details Free Tour
When: Twice a day at 11.00 and 18. No reservation required.
Where: Meeting in front of the National Palace of Culture right in the city center.
Cost: Free (donation advised)

Details Communist Tour
When: Every Thursday, Saturday & Sunday at 16.00 in front of the Palace of Justice. (No reservation required).
Where: Meeting in front of the National Palace of Culture right in the city center.
Cost: 14 LEV ~ 7 Euro

2 | Have Lunch At Hadjidraganov's Houses

Thuis restaurant is speical as it comes with its very own myth of creation: About a hundred years ago Bulgarian fur trader Hadji Dragan traveled across the country to make a living. The more Inns and taverns he stayed at the more the idea grew in him to take all the hospitality and good food that he experienced home with him to Sofia. For every corner of the country he had a genuine houses built that acted as separate taverns , serving the local specialties of their region – so much for the legend of Hadji Draganov’s houses.

Fast forward to 2004 and all houses have been refurbished and interconnected. What in earlier times was enough to make an actual house now serves as dining rooms for the restaurant. The menu is packed with traditional meat-laden Bulgarian that often show Greek and Turkish influences. In short, Hadji Draganov serves Bulgarian cuisine at its best and in its entirety. To get a closer look at the delicious offers at the venue as well as the overly healthy portions served a visit to their Tripadvisor page is helpful.

Hadji Draganov’s Houses is located in the center of Sofia, right by the Metro station Lions Bridge that is only one stop away from Serdika Station, the absoulte heart of the city.

Witnessing football rivalry is always an interesting spectacle, especially out in the Balkans where there are pasionate fans and more volatile surroundings than in Western Europe. So to see the rivalry of two of the most famous teams in Bulgaria, Levski Sofia and CSKA Sofia is be a great way to experience culture in the capital.

Vasil Levski National Stadium: 43,000 Capacity
The national stadium sits in the south-east of Sofia, a 15 minutes walk from the center near the picturesque Borisova Gardens, the oldest and best known city park in Sofia that was named after Bulgarian Tsar Boris III. It is here that Levski Sofia and CSKA play each other and where Levski plays its Champions League matches. Such is the capacity of the venue that it is usually possible to get tickets for a Champions League or a local Derby from the stadium’s box office even on the very day. However, to avoid dissapointment, buy your tickets from the stadium a day or two in advance or contact the club online for reservation at office@levski.bg.

Georgi Asparuhov Stadium: 29,800 Capacity
For the other games, mainly league and cup matches, this is where the majority of Levski Sofia’s games are played. Tickets cost about 4 LEV for the main stand and 2.5 LEV for standing room behind the goals.

Here, too, tickets will be easily available at the ticket desks on match day.

4 | Take A Daytrip To Vitosha Mountain

Sofia is probably the only European country that is towered by an astonishing mountain range of ski-ready heights. Overlooking the capital of Bulgaria is the National Park Vitosha Mountains with its highest peak, Cherni Vrah, measuring in at an impressive 2290m. Located 15km from the city center the mountain range is indeed most famous for being a popular Ski Resort – the highest situated one in Bulgaria. During the summer Vitosha is great for hiking or just as a viewpoint. Vitosha’s TV tower, known as Kopitoto, The Hoof in English, has an incredible view of the surrounding area and can be seen from the center of Sofia.

Skiing
Vitosha primarily offers skiing and snowboarding for prices that are still to be considered low in comparison to the rest of Europe. Snow lies on the range for on average 120 days from December to Spring, reaching a comfortable 150cm thickness. There are 13 ski runs ranging from Beginner to Expert, for Alpine and Cross-Country routines. Vitosha is also home to the oldest ski-school in Bulgaria called Aleko & Molten which offers training, lessons and certificates.

Directions
Buses run to the mountains every day, leaving from the National Palace of Culture right in the center of Sofia. Another option that may be overlooked by many are taxis. With taxi fares in Bulgaria still being a low-cost endeavour, the 15km ride to the foothills of the mountain should be no more than 7 Euros in total. The price will drop even more if you share the fare in a group.

Poles and Czechs might get offended if you refered to them as ‘Eastern Europeans’. They are Central Europeans, after all. Bulgaria, however, happens to be just that: Eastern Europe in its essence. The fact that Sofia is the capital of a post-socialist, Eastern European country is something that heavily reflects in nightlife.

First, it is worth mentioning that nightlife here is still not as much common practice as it is in Western Europe. With prices that often exceed the average person’s budget nightlife is often ditched for less cost-insentive activities. In connection to that nightlife often has a serious tone to it. Serious in the sense in the sense that going out is not primarily about meeting people and socializing, but often about “to see and to be seen”: Sofia’s nightlife is fast, flashy and not for the faint of heart, with electronic music, mind numbingly techno in particular, being an all-time favorite of the locals.

One venue that sticks out from the Eastern European craze of loud and packed discotheques is the Tobacco Garden Bar located in Tsarska Gradina, a picturesque city park behind the National Art Gallery that translates into English as Tsar Gardens.

Sapareva Banya, Bulgarian: Сапарева баня, is an idyllic town located 70 km south of Sofia – a one hour drive in the summer months. It is primarily popular for its mineral waters and geyser in the middle of the town’s center – the hottest in all of Europe with a temperature upwards of 100 degree Celcius. The spas are known for their health giving properties, scientifically proven to prevent a host of diseases and disorders with the mineral water pool reaching a soothing 36 C.

The historical aspect of the town is also excellent to experience even if it is not the biggest place. From the Thracians who first used the waters to bathe in, Romans and Ottomans also used it for the same effects. Remains of the ancient city and St Nicholas 13th Century Church are in the center of town. Also, it is not far from another National Park known as Rila that is famous for its gorgeous lakes and the Rila monastery, a UNESCO world heritage site.

Things To Do In Sofia, Men's Edition: The Walking Tour

Read Next: Things To Do In Copenhagen: Men’s Edition♔

Things To Do In Munich: Men's Edition ♔

Things To Do In Copenhagen: Men's Edition ♔