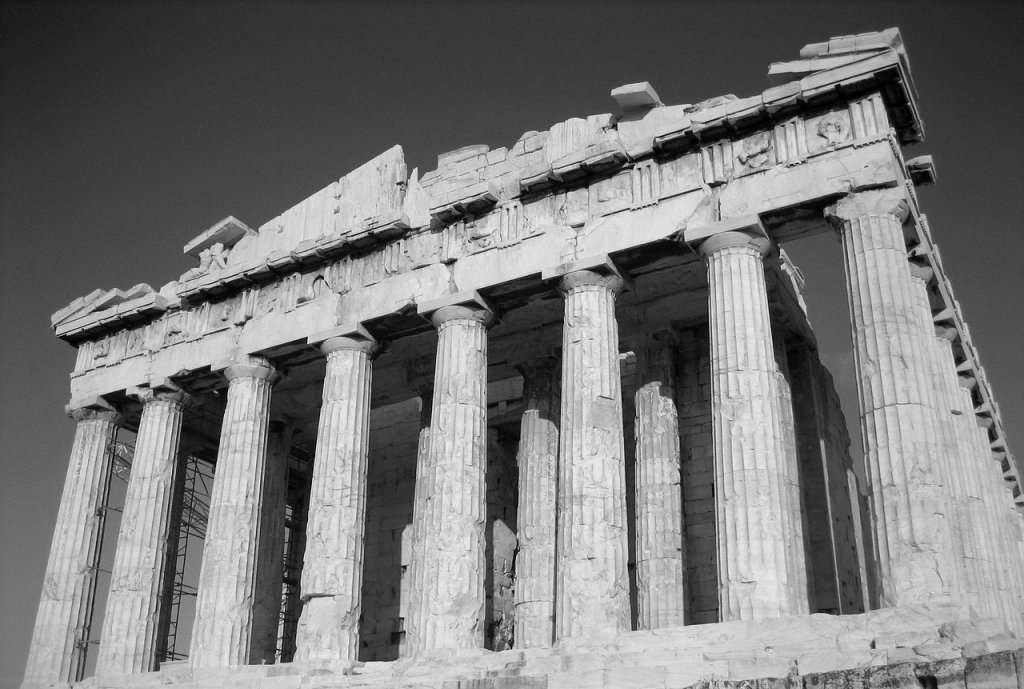 It seems as if the world would be standing upside down. In their original formation the Olympic Games served as an act of worship to the gods and thus resembled a holy tradition. Whatever conflict was raging between the Ancient Greek city states was put on hold once ceremonies had begun. The ancient Olympic Games came with the side effect of not only being an act of worship, but also a cease-fire, an occasion where politics, conflicts and aggression came to a hold.

First taking place 776 b.c. the Ancient Olympic Games featured disciplines such as the oldest sports known to mankind, namely boxing, as well as wrestling, running and jumping contests, and even Javelin throwing. What stands out is that all participating athletes did so on their own behalf. They were not competing for whatever city state, tribe or ethnicity they belonged to.

The Games Were About Virtue, Not About Records

What they were striving for was not to bring fame to any third party. Of course, athletes gained monetary benefits from participating in the games. Once home, victorious athletes would be celebrated ‘like rockstars’, often receiving a lifelong pension, if not a public post. However, what the Olympic Games were really devoted to was service to Zeus, the highest of gods in the Ancient hierarchy, as well as the Greek concept of ἀρετή (aretḗ), a concept that can be losely translated into English as virtue. The individual athlete strived to portray himself as the most virtuous. Money and fame very only pleasant side-effects. 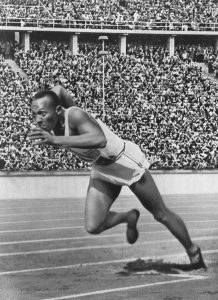 US athlete Jesse Owens during the 19336 summer Olympics in Berlin. Jackson, one of the few black athletes on the American team,set up a new Olympic record, enraging Hitler so much that he left the Olympic Stadium prematurely | Photo: Wikimedia Commons

One might argue that this is an incredibly naive view on history. Could a single event during times were war was a permanent phenomenon really lead to an all-around truce, virtually ending all and any conflict?

Yes, it could. Anyone who finds this hard to believe is advised to take a look at the year 480 b.c.: While the Spartans fought off the Persians in the Battle of Thermopylae, dying by the ten thousands, the rest of Ancient Grece celebrated the 75th Olympic Games. – The Olympic Truce was simply above politics, even when the threat of a foreign invasion was on the horizon.

Loss Of Virtue, Gain of Vanity

And today? Even when the modern Olympic Games were first brought into life in 1896, everything already took place with a nation-based concept. Individual athletes did not matter, the state took over. In sum: today, no other event of world importance is more exploited by the raging followers of the idea of the Nation State than the Olympic Games. Not virtue or service to a holy idea is what counts, but politics.

Take, for instance the 1936 Olympic Summer Games in Berlin. Here, the just-established Nazi regime seeked to portray itself in a warm light to the international community. In the mean time it was union delegates who were among the first to be tortured to death in secret Gestapo prisons. Bad luck for the fascist ruling class, though, that black athlete Jesse Owens (left) stole the show, setting no less than 2 world and 4 Olympic records.

During the Cold War gold medals served as the currency in an ongoing battle of ideologies. The winner of said conflict? The lying proponents of the outdated idea that it takes a state, a nation, a ruling class and force in order for man to associate in a manner beneficial to all.

Starting out as an event that initially defied politics, the Olympic Games of today have become just that: politics. It seems as if the world is standing upside down.