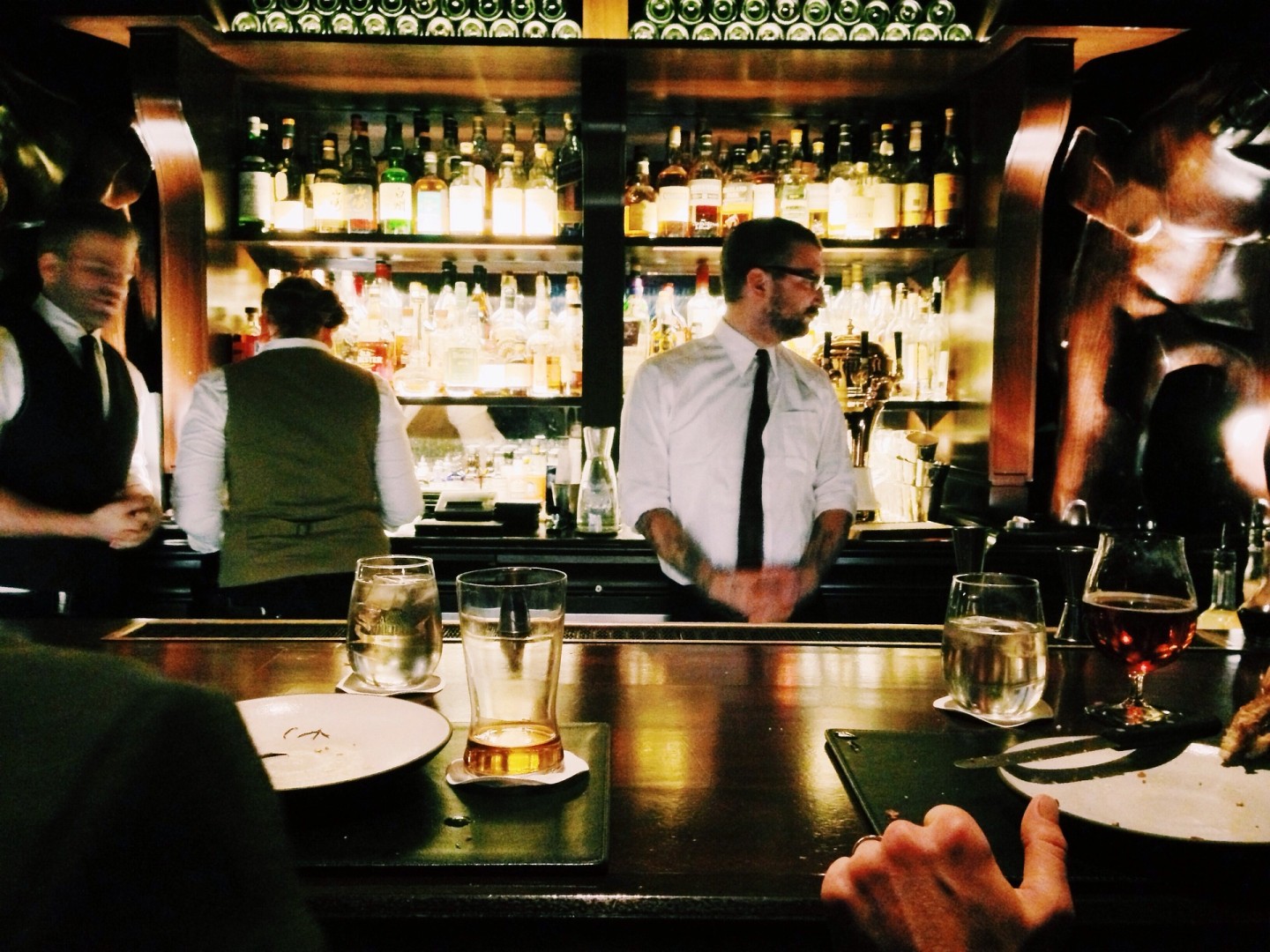 If I had to make a list of all nightlife and bar scams then three things is all I could come up with.

And these three things won’t be very spectacular, either.Personally, I think they represent the standard repertoire of bar scams that you will find anywhere in the world where the tiniest bit of Banana Republic-potential can be found (i.e. not really in: Germany, France, the Benelux or Scandinavia).

The 3 travel-related scams everybody has heard of

Without further ado, my top-of-my-head-list of scam scenarios goes like this:

Here is the standard protocol of how these scams go down:

1 | The First One Is Quick And Painful

2 | The Second One Isn’t Too Sophisticated, Either

3 | The Third One Is An All-Time Classic

There is, however, a fourth and rather unknown type of bar scam.

This one does not involve a big set up with decoy girls, rigged menus, hidden venues and intimidating bouncers. It has no rafinesse, no fake smiles and no promises of a romantic endeavour. In fact, this scam is so unspectacular that it can be applied at any place that has a counter and some barstools. Is it any wonder that this one is perhaps the most common bar scam in the whole of Eastern Europe? In many Eastern European vernues it is the barkeepers that cultivated a culture of self-tipping which they apply  to non-locals exclusively.

Ever since foreigners started pouring into Eastern Europe in the early 1990s the local barkeepers – these normal-on-the-outside, but snakes-on-the-inside creatures – developed a mini-routine that guarantees them a second income. Here is what they do:

The busier the night the more will barkeepers withhold the change they owe you.

No trickery or fake flirting plus it works perfectly with men and women alike. All they do is make your money silently disappear inside their pockets by simply “forgetting” about it. It is as simple as it is efficient.

How they do it

This one hardly needs any explanation:

Once you are handed your drink, the bar scam is on. The apron-wearing snake will now start to put on a show that might just put the latest oscar-awarded performance to shame. The same guy who so caringly and promptly took your order will now:

All in the confident hope that you will either forget or stop insisting on your money.

At this point it can be argued whether some of the rabbits contributed to their misery.

It is true that the snakes were prowling for victims, but in the end the whole scam would not workout  if it wasn’t for a voluntary act on the side of the victims. This can be reasonable critique, for instance if the girls from bar scam #2 were over-average attractive and the men were not. If the women approached men way below their league then the men could and should have smelled a rat, applying the basic rule of “if it’s too good to be true, it probably is”.

Regardless of that the majority of rabbits are more of the innocent type who just wanted to see what pole dancing  looks like in real life, “even if it costs me fifty bucks”, and then gets presented not a 50€, but a 500€ bill.

How To Avoid It

Let me just say that it makes no difference what bill you paid with. These guys will withhold your money regardless of its worth. Whether it’s 50 Cent or whether it’s 7,50€ because you paid a 2,50€ drink with the local equivalent of a 10€ bill doesn’t matter, your money is now their money – at least that is what they think.

This being said, you have two options to turn the tables on the apron-wearing crooks. If you don’t care about your change then you can cultivate the habit of always paying with the smallest bill that you have on you. This way you will minize losses and can move on without any hassle. However, if you prefer to walk the path of self-respect and dignity then this 3-step plan has worked for me every-single-time:

Once the game begins give them a stern look in the eye and make the universal hand-sign of “cash” by rubbing your middle and index finger against your thumb.

While you look them in the eye tip your index finger on the counter in front of you several times as if to gesture “this is where my money goes”. Personally, I used a card instead of my finger as it made a nice and enforcing “tack-tack-tack”-sound.

Since this won’t make them come over add the Robert De Niro “I’m watching you”- gesture by pointing your index and middle finger first at your own eyes. Right after, point both fingers or, preferably, point just your index finger right at them while you still look them in the eye.

What’s the point of giving them the Gaylord Focker-treatment?

The point is: They take the point. What they will do is keep on going with their routine for a bit longer in order not to lose face. And after that save-grace pause they will hand you your exact amont of money without even asking how much it was. That is how you can tell that they were not too busy and did not forget about you, but that they willingly took your money and knew exactly how much they got out of you.

Isn’t that the perfect petty crime? What would they say if they ever got confronted (they won’t) by their boss? The answer is simple: they are working the bar in freakin’ nightclub for christ! Things are loud, things are hasty, things are “forgotton”. In reality, nothing is ever forgotton as they know exactly what they are doing.

While chances are slim you will have to play the “Bartender Game” in cities like Berlin, Wroclaw or even Cluj-Napoca, chances will skyrocket if you set foot in a tourist-ridden-venue in cities like Kiev or Bangkok.

Be advised that, especially in far-East Eastern Europe, the people behind the counter can smell whether you are a foreigner who doesn’t speak the language. And once they do the game begins. Trust me when I say that they will try to scam you out of your money at some point of your travels. If not on your first night out, then on your second.

The more touristy the location the more likely barkeepers are to play their obnoxious game with you. Be that as it may, you now know how the ball bounces and can smash it right back into their faces.

Read next: What A Bar Scam Looks Like In Real Life

3 Universal Travel Scams And How To Avoid Them

What A Bar Scam Looks Like In Real Life

02188
This Is What A Bar Scam Looks Like In Real Life Remember the Silent Bar Scam? Barkeepers withholding your...